This past month and a half has been so good for so many reasons. Below are just a few highlights…

Just before the end of January we were able to apply and have our paperwork accepted to finally have ‘residency’ status here in Nicaragua. Up until now we have been here on tourist visas, a 90 day visa that can be extended for up to 90 days before needing to leave the country again. We had been collecting all the necessary paperwork (and praying about the financial part) for about a year, and we were waiting for Scout to be born. (By her being born here and having citizenship, we were automatically eligible for the 5 year residency card, as well as having a greater chance of being granted the residency.) It was an involved process, with each piece of documentation from the States needing to be translated and notarized. We also had to obtain various papers from the Open Hearts non-profit here, who is ‘sponsoring’ our residency. Now looking back the entire thing seems like it went fine, but in the midst of it we were stressed and slightly anxious. I want to write a separate explanation of the entire thing (because it really is a good story), but I’ll save that for later. Long story short, they accepted our applications and we are now waiting for the interview process. But we are so grateful to have that off our plates! 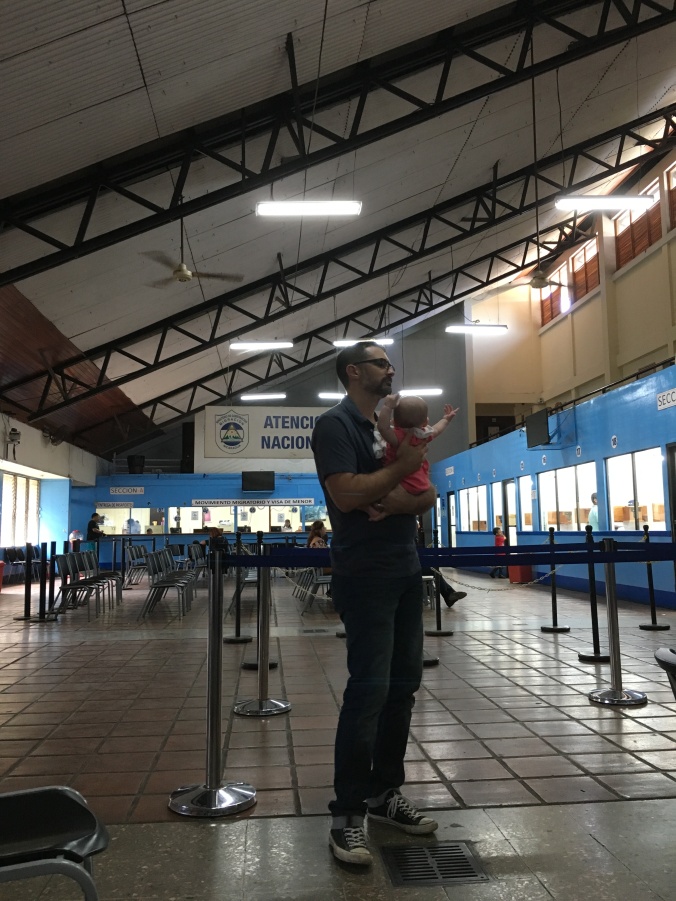 Scout has been to Immigration so much in her short life, the officers now recognize her!

Last week we hosted and worked with our first team of the year, Team Hungry from Atlanta. Jeff and Mel have been coming here to Nicaragua for years, and now bring a team every February. This year’s team was made up of six adults and nine high school students, seven of which had never been outside the US. It was so fun to watch them experience Nicaragua! Because we live here we can become a little normalized to the daily happenings, but it really is refreshing to be around someone who has never seen horse carts in the middle of highway rush hour traffic, or loose cows trotting down the street, or whiptail scorpions on their walls. 😉
The team helped us with some projects at Ruby Ranch, but they also were able to sponsor the purchase of school uniforms and supplies for the kids who live out near the ranch. Right up the road is a small, two-room government primary school, and many of the students there come to the Ranch for camp. We know most of them, and their parents. So when the team said they’d like to do the uniforms again, we were so glad to get to facilitate it. Imagine if someone told you, “Hey, don’t worry about your son’s school supplies this year. We’re going to buy them. Also, his uniform.” I know it is such a blessing to the families of these kiddos. Plus, they got to ride the bus into town, AND have Little Cesar’s pizza for lunch! (Funny side note: we just got a Little Cesar’s here in Managua, and it is right across the street from the  market where we buy the uniforms. We realized we haven’t been in Nicaragua quite long enough, though, because our excitement was not nearly that of our American friends who have been here more than a decade.) 😉 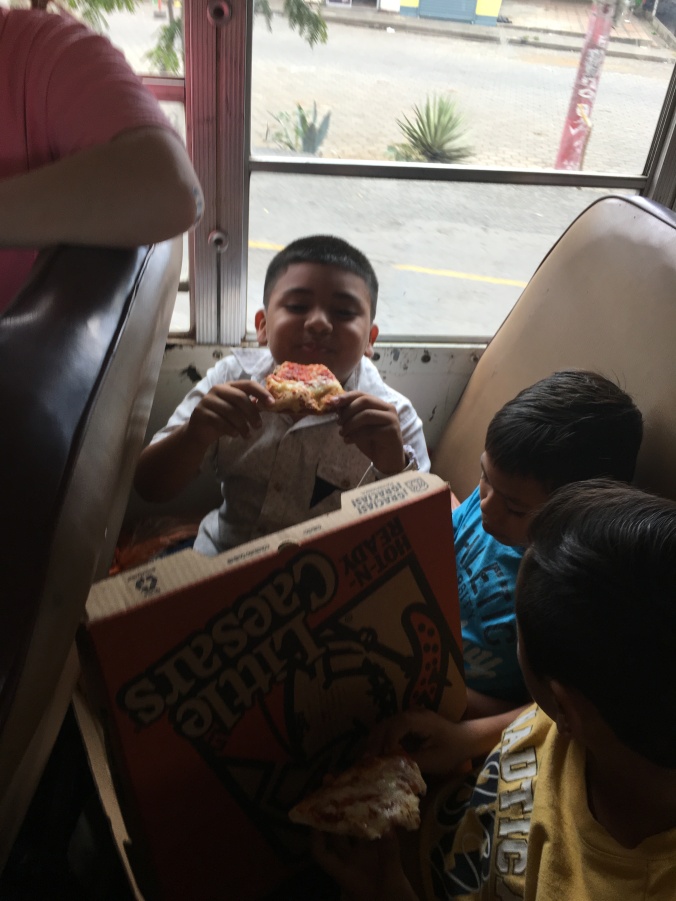 Kenny and Jose sharing a pizza

Another really fun thing that was able to happen was a fun science lesson! One of the members of the team is an elementary school teacher in the States and she had a simple science experiment she wanted to share with the kids. We asked Mari (the teacher from Las Parcelas) about it, and she was very excited for the opportunity for the kids. So on Monday morning we visited the school and Michelle shared a simple experiment involving water, film canisters and alka-seltzer. It was a huge hit! When the water and alka-seltzer mixed in the closed container, it created a rocket-type effect. The kids thought it was awesome! Their teacher later told me that they loved it and were even talking about wanting to do it at home because they can buy alka-seltzer here in any little store. “They are all so curious about it,” was what she stated. I can only imagine what small moments like these will implant in these kids’ hearts for the rest of their lives. And we feel so grateful to be able to help facilitate that. 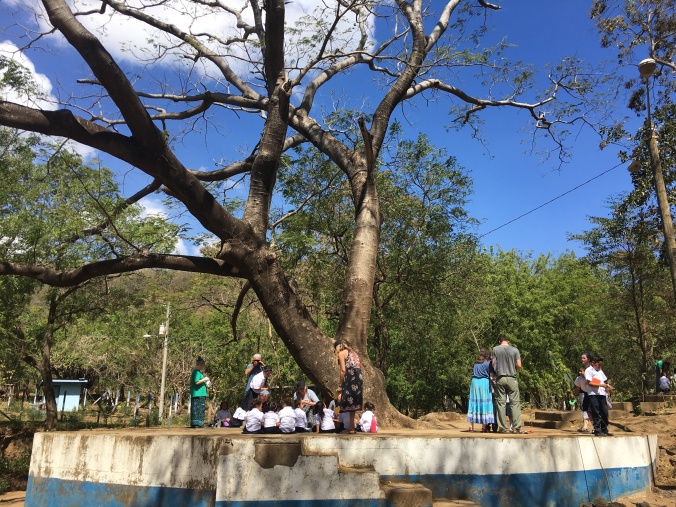 Outside doing the science experiment

Along with this being our first team of the year, it was really our first team with Scout here, as well. We have done a few one day things since she arrived, but nothing for multiple days. And though it looks different from when it was just the two of us, she did great! All of the kids loved having her around, and she loved watching them all run around and play. She is a very relaxed little baby, and generally just went with the flow, only protesting when she was hungry or tired. We were glad to bring her along, and look forward to more adventures with her this summer.

We are so looking forward to the coming months as we prepare for the summer and fundraise for Ruby Ranch. Please be praying for our fundraising efforts for the Ranch, for our residency to be approved, and for our whole team here as we ready ourselves for the busy season. We feel like there is a lot that is going to happen this year, and we want to be ready.