While the Valor team was here, they had the awesome opportunity (which means so did I) to help Henry out with his new house that he is building for his family. He began building the home recently, but when we went to visit with Henry and ask about the house, he still needed a few things. Henry is the type of person who is an absolute JOY to work with, be around, and learn from. He is an incredibly hard worker who is well respected in the community, and someone we are honored to work with. While we were talking with him, we were secretly doing a little recon work, because we had the idea to see if the Valor team wanted to help him out. It was so fun to bring the subject up with Miss Debbie, because she, like all of us, loves Henry and was SO excited to help out.

It was so fun to visit with Shayling (Henry’s wife) and talk through which colors she wanted for their home. She was so excited. When we talked through the colors with Henry, we asked him if he liked the color of the wood. He said he did, he thought it was beautiful, but it definitely needed to have either paint on top (which felt like a sin to me) or varnish, but varnish is very expensive. We all talked later, and easily decided that we wanted to buy the varnish. I think collectively we wanted to bless Henry, Shayling and Oliver (their son), whatever the cost.

The Valor girls applying the varnish.

We ended up buying the inside paint, outside paint and varnish for the team to help with. And then to help him finish his porch, we bought the remaining sheets of tin, cement and stones.

As an added bonus, the team was also able to buy Henry, Shayling and Oliver a truck load of new furniture. I was in tears watching the Valor team carry the bed frames, mattresses, pillows, dressers, rocking chairs and end table into the house.

The armoire was Oliver’s favorite thing. He kept showing his Grandma the mirror.

The furniture was a complete surprise to them, and as I stood there with Shayling, I asked her what she thought. “It’s so beautiful. How beautiful,” was her response.

Shayling and Oliver watching as the Valor students dropped the furniture off.

Landon and Henry were standing together a few minutes later, and I walked up and asked the same thing to Henry. He replied that he had no words, and began to tear up. Somehow the subject changed and he was able to pull it back in, but it was so incredible to watch someone we value so much be honored in such a profound way. 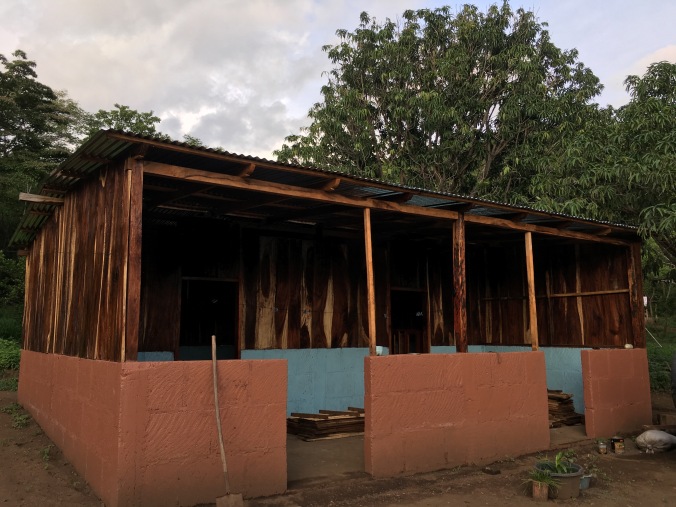 The house with the paint and varnish finished. Isn’t the wood beautiful??